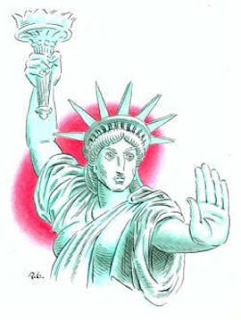 Wrestling has been affected by many things such as injuries, angry wrestlers and madmen in control of an entire product. However, I do not think there has ever been a situation where so many wrestlers documentation is not up to par. Imagine in the middle of the NBA season that Dirk Nowitzki was deported back to Germany because his work visa expired, I don't see that happening. Professional wrestling needs to get their act together and fast. Nexus was a powerful entity but they are dropping like flies. One thing I know for sure is that we won't be deported because we aren't registered, until next week stay sharp.
Episode 333 - Deported
Posted by Eric at Wednesday, June 30, 2010